In the Aftermath of a Storm: Hurricane Harvey Rescue with an Ostomy - Uncover Ostomy
17151
single,single-post,postid-17151,single-format-standard,ajax_fade,page_not_loaded,,qode-title-hidden,qode-child-theme-ver-1.0.0,qode-theme-ver-10.0,wpb-js-composer js-comp-ver-4.12,vc_responsive 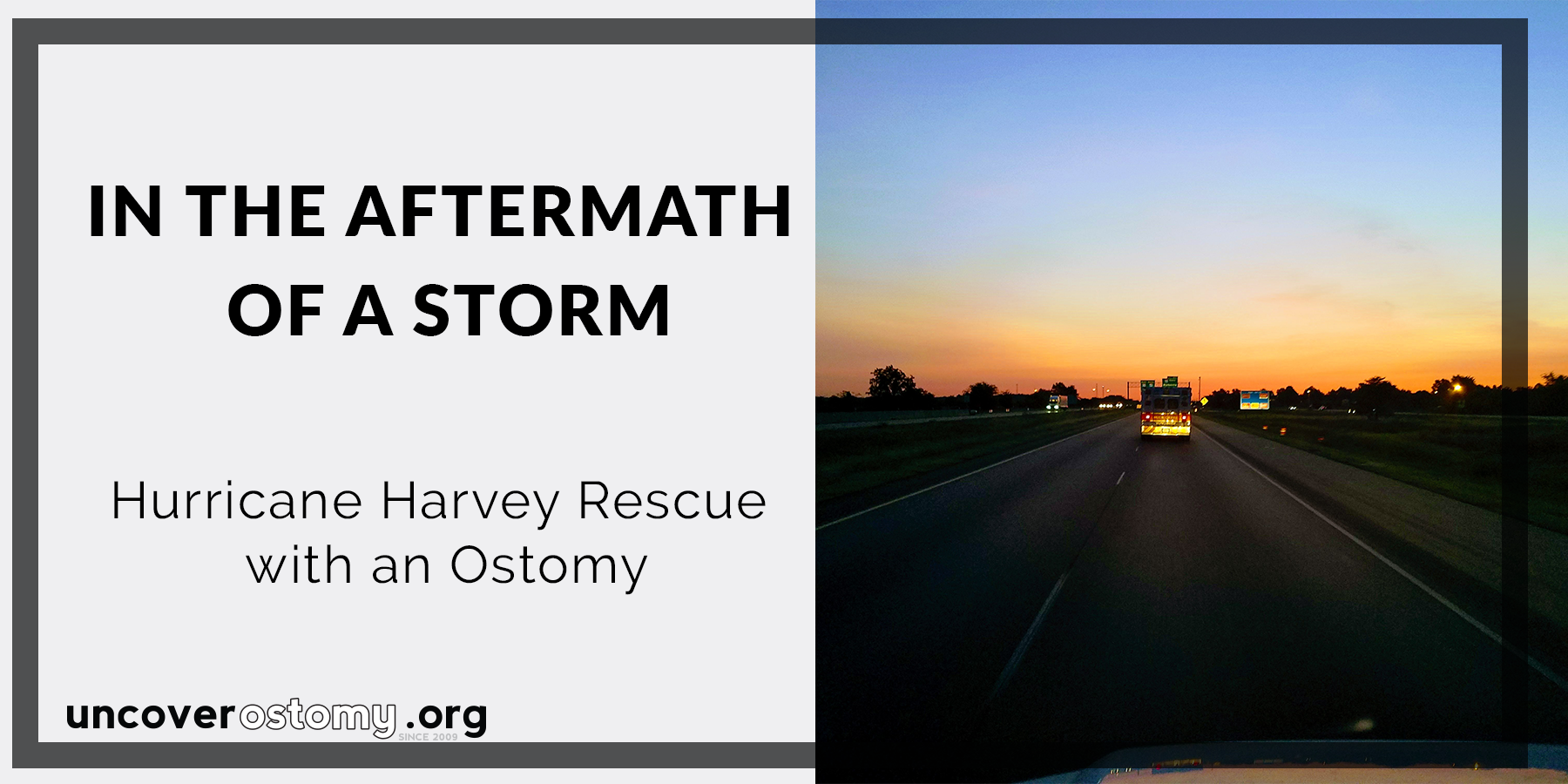 28 Sep In the Aftermath of a Storm: Hurricane Harvey Rescue with an Ostomy

In my career as a firefighter, my department has had many crew calls for hurricane relief. After the devastating storm in Texas from Hurricane Harvey, we were called once more.

As soon as we saw the news reports coming in about the havoc the hurricane was wreaking, we started to prepare, knowing that there was a very high chance we’d be asked to go. When heading into disaster areas, we are told to prepare to be self-sufficient for up to 72 hours while deployed for 2 weeks (or more!), which means we have to bring our own food, water, a place to sleep, etc., With the strength of the hurricane growing, the team began to pack and I made sure I had enough ostomy supplies to last as long as I might be out there.

A few days later at 4am, we received the call that we were heading down to Texas and only had an hour and a half to get on the road. After some last minute preparations, we were on the road by 5:15am and headed to Austin, TX where we would get our first assignment.

The drive down in an ambulance caravan was uneventful and, once we arrived to Austin, TX, we were put in a holding pattern while we all checked-in. At around 3am the next morning, we were deployed to San Antonio, TX where we were to stage and wait for our missions. 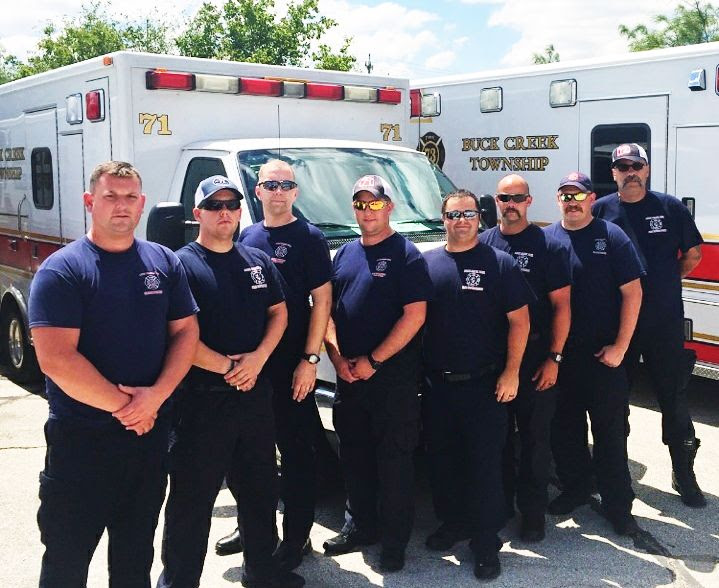 At this point, I was reaching day 5 on my current pouch and decided it would be best to change sooner than later. Once we reached San Antonio, I grabbed a bottled water, a basin, hopped in the back of the ambulance and proceeded through my first back-of-an-ambulance pouch change. I am happy to report that it was extremely boring. I was in and out in a few minutes and not a single person batted an eye.

To be honest, I wasn’t sure what to expect on a mission like this. I was basically going to be stranded in the middle of (what had turned into) nowhere, and had no idea what the bathroom situation was going to be like. I’m sure I’m not the only one here who is constantly assessing where toilets are located in any new place that they go, so going into a disaster zone was slightly terrifying. In the back of mind, for what was really the first time, I wondered if I could really cut it as a first-responder in a disaster zone, and if my ostomy and I would be able to handle it.

We stayed in San Antonio for 8 days total, running a couple of missions to places that needed assistance. We saw first-hand some of the flooding and wind damage that Harvey had done to the areas and I can tell you that it was as bad as it looked on TV.

While there was severe damage, thankfully, most of the residents were ok. We did not have much actual “saving” to do, but had more logistical tasks like a transport mission to bring some elderly back to the retirement residences they had been evacuated from. It was great to be able to help.

From San Antonio, we were sent to Houston, where we ran a few more missions, and after a couple of days, we were done and I had made it out of the other side with no issue.

I made the cut.

Once the mission was over and even though we were fortunate enough that most people were healthy and safe, I got back home to my pregnant wife and son with a sense of pride and purpose. I had been able to spend almost 2 weeks in an area with little infrastructure and with people needed help and I was part of the team that was able to help them. This was only possible because of my ostomy because, before the surgery, I was always the one that needed saving.

A lot of people think that after surgery, their life is over. I’ve heard many people even wonder if the ostomy will stop them from working and making a living or if they should prepared to be stuck at home with nothing to do.

Well, to those people I say, if I can go out in the middle of a hurricane disaster zone with my ostomy and do my job to help others, then they can do anything they want to, too.