2016: The Year of Shit - A Reflection - Uncover Ostomy
16835
single,single-post,postid-16835,single-format-standard,ajax_fade,page_not_loaded,,qode-title-hidden,qode-child-theme-ver-1.0.0,qode-theme-ver-10.0,wpb-js-composer js-comp-ver-4.12,vc_responsive 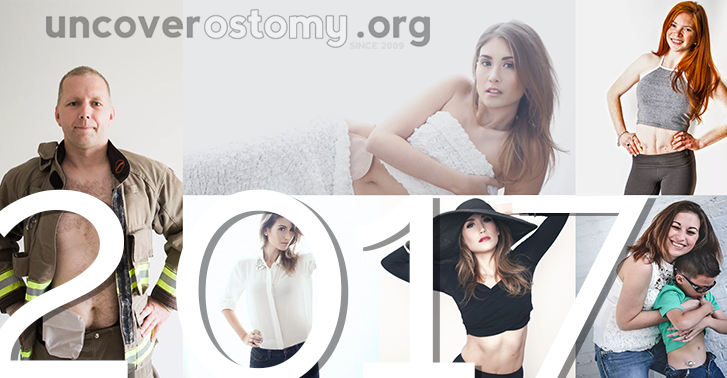 2016 was the year that many of us wish we could forget.

We hope that in the future, history textbooks will casually omit this year’s events while Millennials who have reached senior-hood drink heavily as they regale their grandsons and granddaughters of the year that really took a turn with Harambe.

Do not get me wrong – the death of young me’s beloved Princess Leia, who’s gold bikini I dreamt of wearing while fighting off evil monsters, really hit me hard. That’s without even getting into how messed up the world seems to have gotten since I was that young me.

Despite what 2016 was to many people, it was actually a really great year for me.

I hate to be so punny, but it just worked! Without my bag of shit, I wouldn’t have been able to experience any of what this year had in store.

2016 started with me ramping up my own business. I had left my old job at a digital agency at the tail end of 2015 and by January 2016, my own digital agency started to flourish. This year, I have experienced tremendous growth that I never could have expected with a wonderful team of girls who inspire me every day and clients who truly let me do the work I love to do. (Which, I’ve been too busy doing to properly redo my website… ha!)

2016 was also the year that my ambitions to be an actress really started to come together. I can’t even count how many sets I was on this year, but I was so lucky to have been a part of some amazing productions and fun commercials. To me, this year solidified that I wasn’t just some girl who was pushed into acting by her actress grandmother, but a woman who actually has the ability to be successful in an industry that she is so passionate about.

Suddenly found out that my @weareglassface music video premiered on @muchmusic tonight! So so happy I got to see it play live. It looked so awesome and I can’t thank the band and the cast and crew enough. It was an UNREAL job and I’m so happy I got to be a part of it! What a great #Tuesday surprise! #acting #actor #film #music #publicspaceproductions #glassface #hollandmusicvideo #surprise #muchmusic

That time I met my love match at @7elevencanada. Full video of episode 1 on my Facebook! #acting #actor #commercial #coffee #love #crush

See you on @tsn_official for the @nba! #acting #actor #commercial #setlife

My new @haveitallhakim commercial, on #tv now! ➖➖➖➖➖➖➖➖ I could say I have better dance skills in real life, but alas, this is 100% me lol #actor #acting #commercial #dancing #lol #glasses #xmas #holidays

2016 was also the year of love. I got to ring in the new year already engaged to my best friend but ready to experience all the fun things being a bride included!

Matt and I were thrown an amazing engagement party by my great aunt and uncle and grandfather, where we were able to prepare ourselves for what a wedding really meant! I was also thrown a gorgeous bridal shower by my bridesmaids and 2 bachelorette parties by my amazing friends. I was so lucky to be surrounded by so many special people.

Of course, 2016 was also the year I got to marry my best friend and commit myself to him in front of all of the people who made an impact in our lives. That, and it was a rocking party – I mean, c’mon, we had a make your own burrito bar! (I still dream about my burrito… and marrying Matt, too, duh, of course….)

Another repost via @eclipse_ig from our wedding! #jessandmattrimony #wedding #love #married

2016 was also the year some of my friends got engaged, some had babies, some also got married, and some followed a new job away from home. My brother got a promotion and my mom started dating a great new guy and so 2o16 was a good year for the people around me, too.

2016 was also the year Matt and I bought and moved to a new condo, the year I got my very first car, and the year we even bought a rental property – all the things that truly make me an adult. (I have to adult now, right?)

Unfortunately, 2016 did have one loss close to me, and that my was grandfather – my dad’s dad – who passed away at the age of 94. (Picture below with my mom and uncle). I mean, not everything can be perfect, right? RIP, Zaida, you lived a great life.

In terms of my health, 2016 also wasn’t the best, but it definitely was a year I am thankful for. While I still have that twist in my intestine that makes it a bit difficult to eat, it seems to have gotten better enough to a point where surgeons have told me to leave it be and where I can eat some veggies without wanting to die! 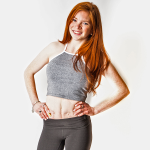 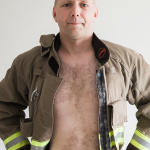 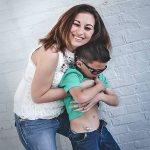 While I am sad that everything I got to experience in 2016 is over, I know that this is only the precursor for many more amazing things to come.

So with that, happy new year, everyone!

I cannot wait to see what this year has in store for us all.