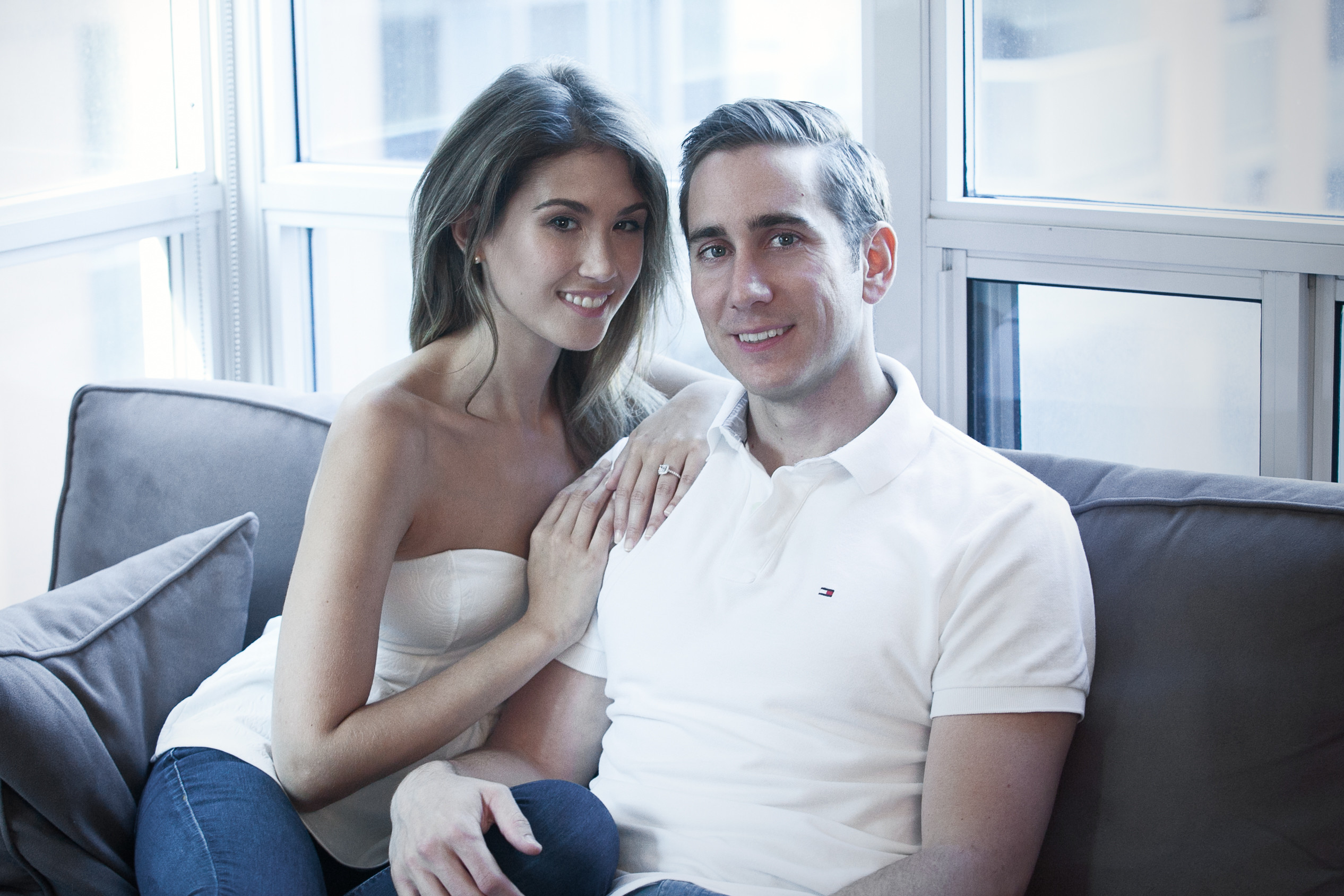 Like any young girl with a library of Disney Princess movies, I often dreamed of finding my Prince – someone who would come into my life and sweep me off my feet and we’d ride off into the sunset and live happily ever after.

No matter my age, as I grew from a young girl to a middle-schooler, to a high-schooler, it felt like my dream was drifting away.

It was in middle-school where the girls began to find their “boyfriends” among the boys in our grade. Everywhere, these kids were “coupling” up, and I remained awkwardly on the sidelines. It didn’t help that my Crohn’s Disease flare left me alone in the hospital, but on my return, I wasn’t even considered to be anyone’s “crush.” I was awkward and overweight, and had been gone almost 2 years. Yes, it was just middle-school, but it still hurt.

High-school was where I hoped things would turn around. I was in a new school with new people and had a fresh start. Unfortunately, the weight I had put on from my inability to move from my hospital bed, as well as the moonface I had from steroids, didn’t exactly make me look like the prettiest flower in the bouquet. Instead, I became a target for ridicule by the popular boys in school, and was quickly placed in the “friend zone” by all my male friends, whom decided to date the all the other girls in my friend group – I was deemed the third-wheel (well, more like 7th wheel). Fun fact: I was also the girl that brought a guy friend to prom, who did not hesitate to abandon her immediately to go hang out with another group of friends.

University was where things actually turned around. I was no longer that awkward, overweight teenager, and had finally grown into my own. It even turned out that I was “datable”!

It was weird, but for me, I was actually more concerned that guys wouldn’t want to date me because of who I was, based on my history, and not because I had an ostomy. My parents, however, had originally worried the exact opposite.  It turned out that they had also been concerned with my future love life since the day I had ostomy surgery – wait – before I had ostomy surgery. Apparently, my parents had insisted that I would have an ostomy over their dead bodies because they didn’t think that a girl with an ostomy would be able to find her happily-ever-after. It was quickly after surgery that my parents realized that I’d be able to live just fine, but they still questioned whether or not I’d be able to have a normal relationship.

Well, one day, I quickly set them straight when I told them I had already moved on from the boyfriend who had broken up with me the night before. They never questioned it again.

I had moved passed my “undatable” phase into a world where there were plenty of guys to choose from (university is a wonderful place). Though, I knew that having an ostomy wasn’t going to get in the way of dating, I had hoped that it would have some impact in the guys who wanted to date me. I mean, an asshole wouldn’t want to date a girl with a bag, right? Of course not.

Sadly, I was wrong.

I went from being “undatable” to being the girl who had no idea how to pick the guy that was right for her. I dated a fair number of assholes, because I have no idea why. I also went through 2 long and arduous relationships that I was sure were “the one”, that really, I should have never been in, in the first place. Both relationships were stressful and borderline abusive, and by the end of the last one, I was certain I was done dating. 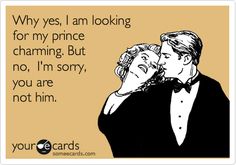 I mean, having a bunch of cats as children can be great too, right?

I was ready to accept my fate.

Until one day, on a trip to Jamaica for a good friend’s wedding, I spotted Jake Gyllenhaal in Toronto Pearson Airport.

Ok, it wasn’t Jake Gyllenhaal, but it was Matt, a guy that looked a lot like him.

We ended up on the same plane, the same resort, and it turned out, he lived in the same city that I had gone to school in, only 2 hours away. We spent the entire week of our Jamaica trip hanging out, getting to know one another, and had a great time. He was a great guy – sweet, funny, awkward, and smart. Oh, and you know, looks like Jake Gyllenhaal. Everything I’ve ever wanted in a guy.

However, being the rational individual that I am (I was by this point!), I decided that I didn’t want to do anything long distance. I didn’t have a car, and 2 hours can be really far without one. We hung a few times after the vacation, until I told him that it wasn’t going to work. I was still ready to accept my fate of being a cat mother, but he had been a nice distraction.

Fortunately, this guy refused to let me adopt a litter of fury felines. He said that it wasn’t far and that he had a car to drive to me. Despite my stubborn refusal to maintain a long-distance relationship, he promised he would do a lot of the traveling, and he pretty much did. I somehow found myself a few cars and some train tickets to him, and he even let me crash at his place for weeks on end. After a number of months of traveling back and forth, Matt decided to just move to Toronto to be with me (and better jobs, he says as I write this beside him…ha!)

In the two and a half years that we’ve been together, I have never been happier.

He not only makes me feel like a princess, but he appreciates my smarts, my drive, my determination, and knows how to handle my stubbornness. We both have the same values and enjoy the same things. We also dislike the same things, and find comfort in disliking them together. Even though he says I’m not as funny as I think I am, he laughs at my jokes, and I think he can be pretty funny too. He lets me be the centre of attention and enjoys sitting and listening to me while I talk about nothing. He knows how to calm me down when I’m upset, and he knows how to make me smile like no other.

Finding love can be hard. It’s been hard for me my entire life.

But, somehow, when I wasn’t even looking for it, I found it. Even when I tried to get rid of it, I couldn’t.

On my 26th birthday, Matt asked me to marry him and I said yes. 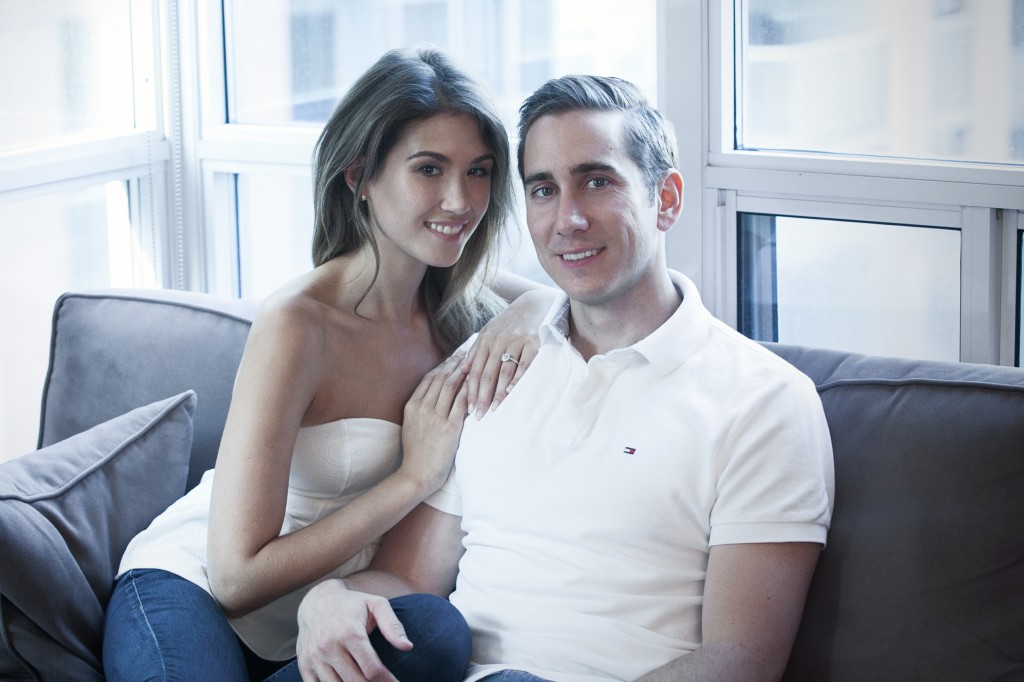 I found love, and I’m never letting it go.

PS – I will of course be posting lots of things wedding related in the coming months, so follow along with: #jessandmattrimony !!