Crohn's With a Side of Weirdo - Uncover Ostomy
2521
single,single-post,postid-2521,single-format-standard,ajax_fade,page_not_loaded,,qode-title-hidden,qode-child-theme-ver-1.0.0,qode-theme-ver-10.0,wpb-js-composer js-comp-ver-4.12,vc_responsive

14 Jun Crohn’s With a Side of Weirdo

Posted at 15:20h in Uncategorised by Jessica Grossman 4 Comments
Share

A little while ago I saw on my Facebook newsfeed that my mom was attending her high school reunion.

“Are these still a thing?” – I thought more.

“It’s been more than 10 years since I graduated from my elementary school.. did we have a reunion?”

And if we did have one – am I even surprised I wasn’t invited? Not really.

I didn’t have a lot of friends in elementary school.

I was a weird kid, growing up.

And yeah, we were all “weird” when we were kids, but I was really weird. I went to a private school where most of the kids came from well-to-do families, had mom’s who knew how to dress them (sorry mom – but you did not know how to dress me), and were all a part of the the same after school programs and summer camps that I was not. Once I was diagnosed with Crohn’s, I only got weirder. 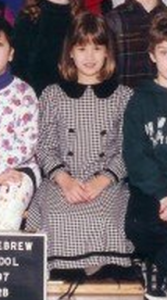 As we all got older, the kids in my grade noticed that I was a big weirdo and they never really wanted to be my friend. I mean, we were friendly, and I’d get invited to birthday parties, bar mitzvahs, etc., but I’m pretty sure it was only out of courtesy. Most of the time I would get invited, I was too sick to want to participate, and would sit by myself.

As I got older, and my Crohn’s started to get worse, I could see the kids in my grade slowly become closer and closer, while I sat on the sidelines watching, usually in pain, or just exhausted from not sleeping the night before. By the time I realized I needed to participate in the same things that they did – it was too late. I was the awkward turtle in a group of bffs4eva.

There was one girl with whom I got close with, however, she moved back to Israel the week before my Crohn’s flared up and I ended up in the hospital for the better part of 2 years after.

It was when I was in the hospital for more than a month that I realized I didn’t really have any friends. I had family members visit all the time, but I didn’t see anyone from school. Yes – I got the standard card signed by all the kids in my grade, but that was an obligation set forth by our teachers. I also received a giant “Get Well Soon” cookie from them, but I couldn’t eat it (duh, Crohns!!) – so that was fun. 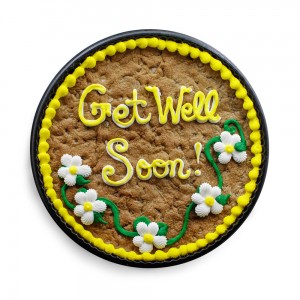 There were 2 girls that came to visit, but one was too afraid to stay in the room because of all the tubes and machines around me, so she left quickly. Another one came because her mom and my mom were friends.

In the 2 years that I spent in the hospital, I was pretty much alone.

I came back to school after my ostomy surgery, heavy and bloated from steroids, tired and exhausted from not having been able to move for 2 years, and a stranger to the kids who, within those 2 years, had all found and solidified their social groups. I finished out my last year at school (grade 8), waiting to move on to my high school – a school where I wasn’t going to know anyone. A fresh start, right?

Maybe elementary school reunions aren’t a thing. Maybe people don’t really care about reuniting unless you knew them in high school. So maybe, in 2 years, when it’ll be 10 years since I graduated high school, there will be a reunion for that. Will I be invited to that one? I wouldn’t be surprised if I was not.

After having spent 2 years in the hospital, isolated from anyone my age, my weirdness grew exponentially. I had forgotten how to act in social situations, I still looked like an alien from the steroids which had not yet left my system, I was overweight because I could finally eat again (and eat I did!), and I still didn’t know how to dress, even though I could choose for myself (the hospital pyjama style doesn’t quite transfer over to high school). I quickly realized my fresh start was not going to be what I had hoped it would.

Somehow, not only was I that weird kid that couldn’t make friends, but I was an easy target for bullies. Being weird looking, awkward, overweight, and not dressing properly tends to encourage that. (Note: I have no pictures of this because I have tried to burn or erase them ALL.)

One girl, whom I had a few classes with, metaphorically extended out her hand in friendship – she was one of the cool kids, so I thought this was awesome – great fresh start! However, only a few months later, I quickly found out she was a wolf in sheep’s clothing, as she made up a fake email address and emailed me about how awful of a human being I was. She blamed another girl as the culprit until a few weeks later she finally, without remorse, admitted it was her. It wasn’t hard to figure out she also talking about me behind my back.

There was also a few guys in my grade who thought I was an easy target to pick on to make themselves seem cool. One guy in particular found any and every excuse to make snide remarks to me, or about me, loudly, in front of the class. Sometimes, his remarks would get us both kicked out of the classroom.

Eventually, I did make some great friends (whom I’m still friends with today!) but even with those friends, I was still the target of abuse and harassment from others.

While my main Crohn’s symptoms had subsided, the lingering much less talked about symptoms of social awkwardness, water bloating, and not being able to dress well with an ostomy contributed the my weirdness and the accompanying difficulty in making friends.

Whenever you hear about “Crohn’s” you think: stomach pain, weight loss, bleeding, etc.

No one really talks about these other symptoms, whether it be for Crohn’s or any other chronic illness.

I know they were for me.

Luckily, by the time I reached university I had lost the weight, I figured out how to talk to people, and learned how to dress with my ostomy. It was then surprisingly easy to make friends. Somehow, I even managed to get accepted to a sorority and, eventually, become president.

How things can change. 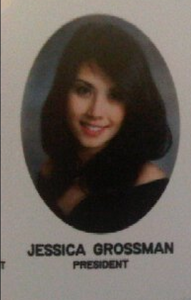 A few weeks ago, I went out for dinner with one of those high school friends and another girl whom I hadn’t seen in years (and was always a sweetheart) was there. We reminisced about our days in high school, and I mentioned how mean some people were to me. She looked at me, paused for a second, and said “Yeah, you’re right. People were really hard on you.” And neither of us had any idea why.

I don’t have a lot of friends now. I have a few whom I adore and who would, and have proven, that they would do anything for me. These friends I will always keep close. Actually, I don’t know what I’d do without them.

Right now, my Crohn’s is preventing me from eating real food, eating anything after 4pm, and drinking alcohol, which obviously impacts my ability to partake in social situations like dinner outings and going to the bar. Luckily, the friends whom I have now completely understand and still hang out with me. Sometimes I have to insist that it’s not weird to go out for dinner while they eat and I sip on a diet coke, but they eventually agree.

Even though I know how lucky I am to have friends who understand what I’m going through, my past experiences with bullying and harassment have taught me that, if need be, I can be ok on my own.

For that, I’m grateful.

Do I think my Crohn’s was to blame for my troubles making friends? It definitely had an impact.

Maybe if I hadn’t been so ill and isolated for as long as I was, my childhood would have been different. Maybe my weirdness would have disappeared much sooner and these kids in elementary school would have wanted to be my friend. Maybe, if I hadn’t had been so socially awkward and overweight in high school, kids would have approached me to hang out, and not looked at me as a human target for ridicule.

But I’m happy with the way it all turned out.

Since my elementary school and high school days, I’ve come into contact with these kids – now adults. Some have been very nice, acting as though they had never been mean to me at all.  Some have acted as though they don’t remember that they didn’t like me. Some, however, are for no reason at all, still rude to me when they see me at a bar, or event. If the situation calls for it, I always politely say hello and chat with them, also, as if nothing happened.

After all, we’re grown up, now.

Deep down, while I’ve forgiven for the damage that was done, I will never forget how I felt. I will always be the weirdo who got picked on, bullied, and ignored.

But, as I always say – if I could go back and change it, would I? No way. Those times were just another part of my history that shaped me into who I am today.

And I kind of like who I am today. Weirdo, or not.