The Hardest Part of Being the Parent of an Ostomate... - Uncover Ostomy
16825
single,single-post,postid-16825,single-format-standard,ajax_fade,page_not_loaded,,qode-title-hidden,qode-child-theme-ver-1.0.0,qode-theme-ver-10.0,wpb-js-composer js-comp-ver-4.12,vc_responsive 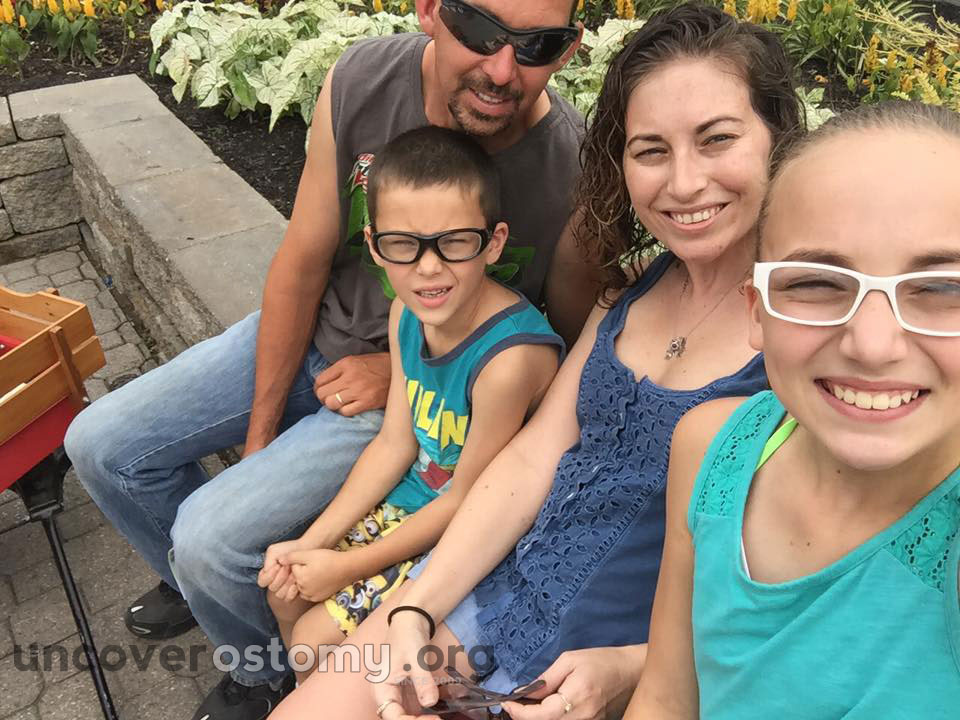 … is when you’re faced with a situation you just can’t fix.

When Noah recovered from his life changing surgery, I was grateful that he would finally be able to do what all the other kids his age were doing.

That is what all parents want right? To see their kid thrive amongst a group of their peers.

Football, and being a tackle, was something Noah always talked about doing. Wanting him to follow his passions, I began to get him in the game, and, to do that, I had to have a meeting with the Football board and the coaches to review his medical history. All the kids were required to fill out a medical form, so I figured as long as it was clear that he was doing well, it would be fine.

It wasn’t until I had that meeting that I realized things weren’t so simple.

After explaining Noah’s case, I was immediately met with skepticism. In fact, one of the board members, who happened to be the mother of another child on the team, made a comment that I’ll never forget:

“These boys hit hard, and with his medical situation, why would you want to put him at risk?”

If only she knew how hard I had fought for the best care, the best doctors, the best medical interventions that my son could possibly receive. I even left my full-time job in social work to care for him. How dare she question my choices for my son?

I was in such shock, I didn’t even know how to immediately respond… which was a good thing, because who knows what would have come out of my mouth!

After I gathered my thoughts, I explained the board that I had already looked into a protective belt for Noah – one which many athletes wear. I also brought up passed NFL football player Rolf Bernischke, who continued to play the professional sport even after his ileostomy surgery.

I left that meeting being told that I had to get Noah’s specialist to sign a letter clearing him for football and was requested to attend every practice and game to ensure Noah was ok. I agreed, and went on to get that signed letter. I was excited for him.

The very next day, I contacted Noah’s specialists, which happened to be the easiest part of this whole situation. The letter came back quick and approved, and the medical team were all so happy for him! I became even more excited.

July 2016 comes around and football conditioning begins and this is also where the story changes.

Unfortunately, our family had been hit with huge financial bills from medical supplies, medicines, etc., which were not covered. In order to pay for them, my husband had started working extra jobs and I remained the primary caregiver for both Noah and my daughter. I didn’t have any back up.

So, Noah and I showed up for the first night of football and I explained that I needed to leave to pick my daughter up to get her from her cheerleading practice and that I would be back shortly. She had to be picked up and J, my husband, was at work. What was I to do?

I left to get her and came back to the football staff reaming me out. I was told that I needed to stay the entire time, and that I could not leave at all – not even for a few minutes. I explained our family’s situation but they did not care. No matter what I said, they insisted that someone had to be there for Noah the entire time because they didn’t feel comfortable with him there. They didn’t feel comfortable having him on the field, not even playing, without me there every single second. It didn’t matter that he had been cleared by his medical team nor that he was ready to participate, I had to make sure he didn’t suddenly die, as it seemed like they were worried about.

I already knew that I could not stay the entirety of his next game, so he most likely wasn’t going to be able to play. What is a mom supposed to tell her son? I felt like an awful parent.

So Noah, his sister and myself get in the car and I remain speechless at this whole situation. The football board was not backing down.

If I had the funds, I would have found a lawyer to remind them of the American Disability Act, which prohibits treatment like this. They weren’t applying this rule to every other kid! It was beyond unfair, but there was nothing I could do.

I turned to Noah and told him that, unfortunately, football was just not going to work right now. I explained that this team was not the team for him and that I was going to find him the right one.

I am still searching for that team, but I know it’s out there.

In the meantime, I am going to continue to do everything I can to support my son and all his dreams.